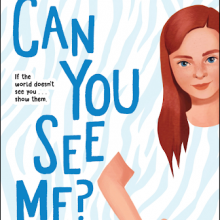 “When Bat’s veterinarian mother brings home an infant skunk to foster for a month, Bat—a third grader on the autism spectrum—hopes to prove that he’s responsible enough to keep the skunk, Thor, as a pet. Written in third person, this engaging and insightful story makes readers intimately aware of what Bat is thinking and how he perceives the events and people in his life.”–Publisher’s Weekly

“When fifth graders Rip and Red get an unconventional new teacher, there are big changes–which for Red, who's on the autism spectrum, spell big anxiety. Bildner's portrayal of an ASD child is sensitive and thoughtful in this entertaining, diversely populated school story.”–Horn Book

By Mandy Davis
eBook on OverDrive Libby
eBook on Hoopla

“Autism gets the unsentimentally sensitive treatment it deserves in Davis' debut. White kid Lester Musselbaum loves science, especially space, more than anything, but since his astronaut father died in a shuttle accident five years ago, the 10-year-old's mother refuses to talk about the stars with him. When Mom goes back to work, the previously home-schooled Lester goes to public school…An intelligent and gently humorous story about an underdog who explores his place in a world that doesn't readily accommodate kids who possess different ways of being or thinking”–Kirkus

“Eleven-year-old Vivian Jane Cohen has autism but she also throws a mean knuckleball and yearns to play baseball. Vivy first learned of the knuckleball three years ago, at an autism event where then-minor league pitcher VJ Capello showed her how to hold the ball the right way, but she mastered it on her own. Now a coach has seen her throwing to her older brother, Nate, and invited her to join his team…A satisfying baseball story that never minimizes the challenges of autism but celebrates skill, determination, and love for the game.”–Kirkus

“Twelve-year-old Nova knows what her testing results will be, how she'll be labeled. But inside she knows she's smart, that she can read and write, and that she knows everything there is to know about space. She's learned a lot from her big sister Bridget, and when Bridget gets back, they'll read The Little Prince together and, most important, watch the Challenger space shuttle take off with the first teacher in space…Readers will cheer for Nova as she seeks to find her own voice and sense of belonging in a world that is changing at the speed of the universe.”–School Library Journal

Can You See Me?
by Libby Scott & Rebecca Westcott
eBook on OverDrive Libby
Audiobook on Libby

“An autistic preteen struggles to navigate the demands of an allistic world in this powerful collaboration between Scott, an autistic 11-year-old, and established author Westcott, who is neurotypical. Funny, self-aware Tally is about to start sixth grade, and that means an overwhelming new school with lots of new people…Alongside a compelling heroine, vividly accurate portrayals of stressful situations and specific needs offer a rare and valuable window into one autistic point of view.”–Publisher’s Weekly