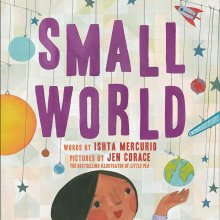 Asian American Pacific Islander Heritage Month, takes place in May. It celebrates the culture, traditions, and history of Asian Americans and Pacific Islanders in the United States. Stanford University’s Asian American Activities Center website states that May, “was chosen because two important anniversaries fall during this time: the arrival of the first Japanese immigrants in the United States on May 7, 1843, and the completion of the transcontinental railroad by many Chinese laborers on May 10, 1869.” To explore the history, traditions, culture and arts of Asian Americans and Pacific Islanders, the Library of Congress has put together a useful list of primary source resources that cover the collections of such institutions as the Smithsonian and the National Gallery of Art. The website can be accessed here.

Highlighted below are three notable picture books for younger readers that focus on children warmly embracing their cultural heritage: 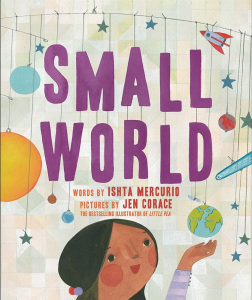 Small World
By Ishta Mercurio and Jen Corace
eBook on OverDrive and Libby, eBook on Hoopla

Small World tells the story of Nanda as she grows into an accomplished scientist and astronaut. Ishta Mercurio states in her author’s note that her character, Nanda, was inspired by a photo Mercurio had seen of five women at the Indian Space Research Organization who were celebrating their success in helping to put a satellite into orbit around Mars. In honor of these women, she named her character Nanda which means “joy.” Jen Corace’s lovely illustrations depict Nanda’s Indian heritage in a world of beauty and wonder. 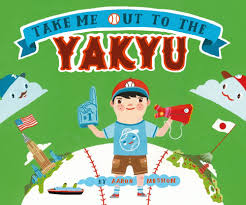 Author Aaron Meshon tells the story of a young boy and how he shares a love of baseball with his two grandpas – his American Pop Pop and his Japanese Ji Ji. The bright illustrations portray both the similarities and differences of the game as played in each of the countries in a colorful and engaging way. The author’s note adds to the story with its brief history of baseball. I especially enjoyed learning that baseball was first played in New Jersey in 1846 and was first introduced to Japan in 1872. The narration of the story is clear and lively! 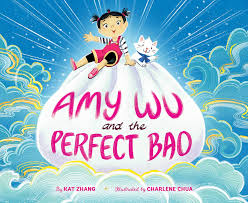 In Kat Zhang’s story, young, spunky Amy Wu is determined to create the perfect bao – a tasty Chinese treat. Bao-making is a family tradition and Amy’s cooking adventure gets loving support from family members – grandma helps to make the bao, dad makes the dough and mom seasons the meat. The story is a tasty testimonial of loving family bonds. Charlene’s Chua’s illustrations are endearing and fun. Especially nice – Zhang includes a recipe as well.