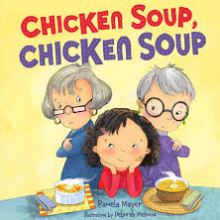 Jewish American Heritage Month is a month to celebrate the contributions Jewish Americans have made to America since they first arrived in New Amsterdam in 1654. The Library of Congress website states that, “On April 20, 2006 President Bush issued the first Presidential Proclamation which designated May 2006 as Jewish American Heritage Month.” The National Museum of American Jewish History has a great website to explore resources that highlight American Jewish history, art, and culture and their virtual resources can be explored here.

Highlighted below are three notable picture books geared towards younger readers that explore the history and culture of Jewish Americans:

Author Lesléa Newman’s book tells the heartwarming story of brave, 10-year-old Gittel who must leave her mother behind and travel to the United States alone. When she reaches Ellis island she discovers that the address of her relative in America has become illegible. With the help of kind people at Ellis Island she is reunited with her cousin, and later with her mother. Newman’s inclusion of Yiddish phrases and Amy June Bates’ detailed illustrations bring the story to life. Newman relates how the story of Gittel is based on the real-life immigration stories of her grandmother and “aunt.” Especially touching are the photographs she includes of herself with her grandmother and her “aunt” in her author’s note. 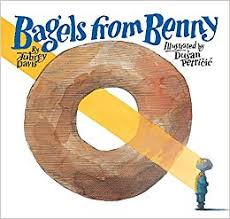 In Aubrey Davis’ book, young Benny learns the values of caring, community, and thankfulness from his loving and wise grandfather. Benny loves to help out in his grandfather’s bakery; through his adventures, and with the help of his grandfather, he learns about the importance of caring for others in this heartwarming story. Dusan Petricic’s lighthearted, sweet illustrations add a nice touch to the story. 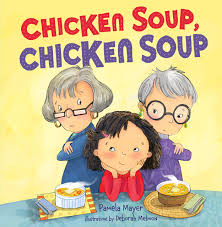 Writer Pamela Mayer tells the loving story of Sophie Chang and how she embraces and unites the traditions of her Jewish Bubbe and her Chinese Nai Nai through their wonderful recipes for chicken soup. The clear soothing narration and Deborah Melmon’s child-friendly, colorful illustrations create a recipe for a great story. And, I especially liked all the recipes for chicken soup included at the end of the book!