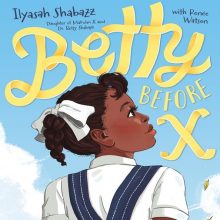 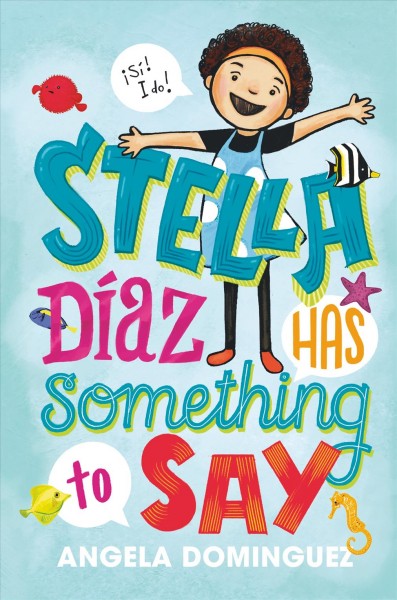 Stella Díaz Has Something to Say by Angela Dominguez
For children in grades 3-5.
OverDrive: eBook
Stella Díaz is in third grade and has been feeling a little lonely since her best friend Jenny is in a different class this year. Stella has a lot to say and is talkative with her brother as well as mom and Jenny. But Stella sometimes struggles with getting the right words out when talking to people she isn’t as comfortable around. As a Mexican-American, she sometimes feels like she doesn’t fit in at school but also doesn’t always feel like she fits in with her relatives that live in another country. She occasionally speaks Spanish instead of English or pronounces words incorrectly. Stella is super keen on becoming friends with Stanley, the new kid in her class, but is worried about saying the wrong thing. As someone that also dealt with shyness and anxiety about making new friends as a kid (and even sometimes now as an adult!), I really related to Stella. This is a cute story about a young girl trying to find where she fits and working through her fears in order to shine like the star she is! I really liked the author’s illustrations throughout the book that show Stella’s drawings and her love of marine animals. 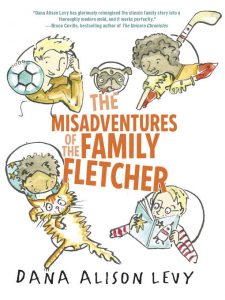 The Misadventures of the Family Fletcher by Dana Alison Levy
For children in grades 3-6.
OverDrive: Audio & eBook
“Four lively adopted boys, two dads and a grouchy new neighbor star in this modern family comedy. Trying new things, dealing with difficult choices, and the joys and frustrations of life in a large family are all pieces of this humorous tale…This book is notable for its matter-of-fact depiction of an atypical family, the same-sex couple and their ethnically diverse children—two white, one African-American, one adopted from India.” –Kirkus Reviews 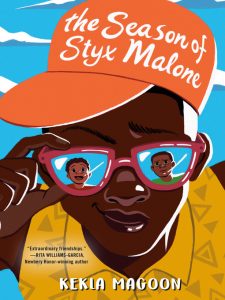 The Season of Styx Malone by Kekla Magoon
For children in grades 4-7.
OverDrive: Audio & eBook
“Summertime in small-town Indiana only heightens 10-year-old Caleb’s frustrations with feeling ordinary. When he and his older brother, Bobby Gene, meet smooth-talking 16-year-old Styx Malone, a whole new world of excitement, and its frequent companion trouble, opens up…The characters are magnetic; Styx in particular unfolds into a touchingly human young man withstanding the buffets of foster care. The themes of friendship, trust, rebellion, and safety strongly flavor the book without overpowering the easy fun.” –School Library Journal 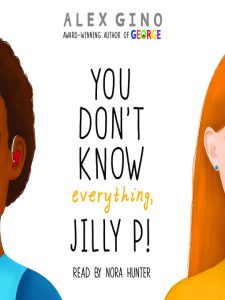 You Don't Know Everything, Jilly P! by Alex Gino
For children in grades 4-6.
Hoopla: Audio
OverDrive: Audio
“Twelve-year-old Jilly has a lot going on. She’s crushing on Profound, a Deaf black boy she meets in a chat room dedicated to her favorite fantasy series. Her newborn sister might be deaf. Her white parents gloss over news reports of unarmed black youth killed by police, but her aunt Alicia, a black woman married to Jilly’s mom’s sister, encourages Jilly to not ignore racism. Jilly wants to do the right thing, but that’s harder than she realizes.” –Kirkus Reviews

Betty Before X by Ilyasah Shabazz
For children in grades 4-6.
Hoopla: Audio
OverDrive: Audio & eBook
“The daughter of Betty Shabazz and Malcolm X, Shabazz (X: A Novel) joins with Watson (Piecing Me Together) to tell this absorbing fictionalized account of her mother’s formative years. In a straightforward but engaging narrative voice, Betty describes living with three maternal figures, who offer different strategies for coping with life’s difficulties…History comes alive in this illuminating portrayal of the early life of this civil rights activist, which is bolstered by substantial endnotes.” –Publishers Weekly