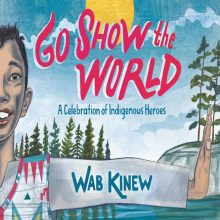 Native American Heritage Month is celebrated in November and is dedicated to highlighting the history, culture, traditions, and contributions Native Americans have made and continue to make to the U.S. Highlighted in this blog are noteworthy nonfiction titles for children in grades K-6 on notable Native Americans, and Indigenous history and culture. For further reading, I highly recommend as a premier resource for information and critical analysis of Indigenous peoples in children’s and YA books, Dr. Debbie Reese’s blog, American Indians in Children’s Literature (AICL). My blogs have been highlighting the diversity found in our country’s monthly celebrations, but will be, in the near future, focusing on other diverse and multicultural topics. Our country’s monthly celebrations offer all of us good starting points on reading materials that acquaint us with diverse perspectives and also help us celebrate our own personal traditions, but of course our history, culture, traditions and our future are continuously intertwined. As Dr. Reese states, “I don't think teachings about any particular group ought to be done in a specific month. American Indians are part of that ‘We the People’ all year long and ought to be in the curriculum year-round.” In that spirit, I hope these nonfiction offerings for Native American Heritage Month provide a good starting point for diverse reading all year round. 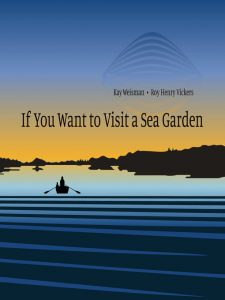 If You Want to Visit a Sea Garden by Kay Weisman & Roy Henry Vickers
Grades K-2
OverDrive; Hoopla; Library Catalog
“In this delightful book, Weisman and Vickers spotlight the value of edible sea gardens. These gardens can be found along the coast of Puget Sound in Washington State through British Columbia and all the way to Alaska. They were maintained by people of the First Nations. Archaeologists have determined that some of these sea garden walls are 3,500 years old. Canadian First Nations artist Vickers's stunning illustrations use a cool palette and include Indigenous cultural symbols throughout…The text and illustrations combine grace and knowledge, offering a stunning nonfiction picture book that celebrates First Nations cultural traditions. –School Library Journal 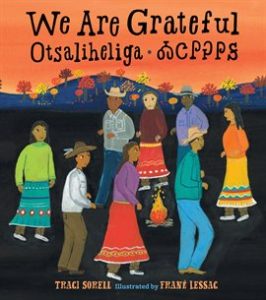 We Are Grateful: Otsaliheliga by Traci Sorell & Frane Lessac
Grades K-2
OverDrive; Hoopla; Library Catalog
“According to storyteller Sorell, the Cherokee people always express gratitude for the little things they are given by saying the phrase, ‘Otsaliheliga,’ or ‘we are grateful.’ Raised in the Cherokee Nation, Sorell intentionally crafts a narrative that simultaneously embraces modernity and a traditional presentation of the Cherokee community and way of life. Throughout, the measured text reminds readers that in all things we say otsaliheliga. Colorful, folk art-style illustrations show Cherokee people during ceremonies, in family gatherings large and small, and outdoors enjoying each of the four seasons, always expressing gratitude.” –Kirkus 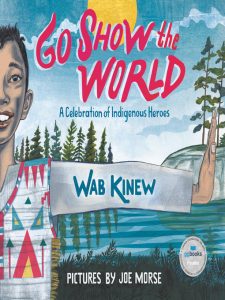 Go Show the World: A Celebration of Indigenous Heroes by Wab Kinew
Grades 1-2
OverDrive; Library Catalog
“With sweeping portrait-style illustrations, this picture book poem introduces a wide range of historical and contemporary Indigenous figures. Kinew, a Canadian Ojibwa songwriter and politician, explains in an author's note that he wanted to write a book to let Native children know their worth and potential.” –School Library Journal 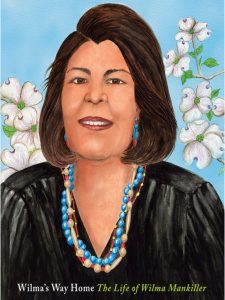 Wilma’s Way Home: The Life of Wilma Mankiller by Doreen Rappaport
Grades 1-5
OverDrive; Library Catalog
“Rappaport's latest recounts the life of Wilma Mankiller….Mankiller took part in the occupation of Alcatraz Island, which set her on the path of activism, and eventually returned to Oklahoma, where she learned to help her people by listening first and working together to solve problems. She became the first woman chief of the Cherokee Nation, not without resistance.” –School Library Journal 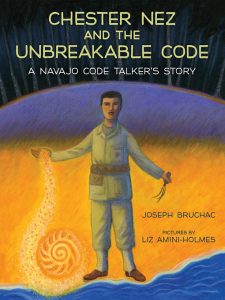 Chester Nez and the Unbreakable Code: A Navajo Code Talkers Story by Joseph Bruchac & Liz Amini-Holmes
Grades 1-5
OverDrive; Library Catalog
“Bruchac has penned a moving portrait of Chester Nez, a Navajo code talker who survived the residential school system and World War II. The narrative opens in 1929, with an eight-year-old Betoli being forced into a missionary's truck and given the name Chester. Even though he was told to only speak English in order to ‘live in the white man's world,’ he decided to never forget his language and his people.” –School Library Journal 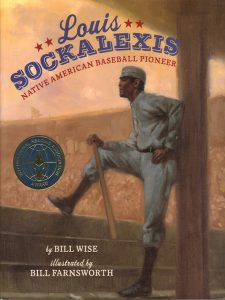 Louis Sockalexis: Native American Baseball Pioneer by Bill Wise & Bill Farnsworth
Grades 2-5
OverDrive; Library Catalog
“This picture book offers a rousing introduction to the life of ‘the first Native American to play major league baseball.’ Hooked on the game from age 12, Sockalexis, a member of Maine’s Penobscot tribe, won an athletic scholarship to Holy Cross College and was signed by the Cleveland Spiders in 1897. Despite the disapproval of his father, who felt that his son should stay with his people instead of traveling the country with a ball team, Sockalexis was determined to play…Wise and Farnsworth collaborate to great effect in rendering this story both informative and poignant. The color-drenched paintings do an excellent job of bringing this period to life and capturing the intense emotion of the ballpark drama.” –School Library Journal 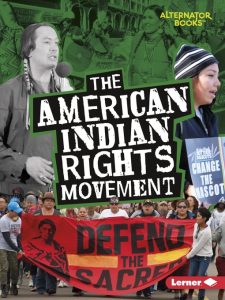 The American Indian Rights Movement by Eric Braun
Grades 3-4
OverDrive; Hoopla; Library Catalog
“This volume looks briefly at the mistreatment of Indigenous peoples by the U.S. government, from false land treaties to the Dakota Access Pipeline protests. Braun highlights key players and events in the American Indian Movement throughout the years. Frequent photographs and sidebars, including ‘A Moment in the Movement’ boxes, make for a dynamic and engaging reading experience.” –Horn Book 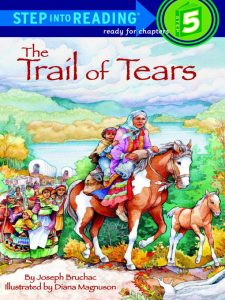 The Trail of Tears by Joseph Bruchac
Grades 3-4
OverDrive; Library Catalog
“Part of the Step into Reading series, this is a history of how the Cherokees were robbed of their homes and removed from their land to make room for white settlers. Bruchac focuses on the Trail of Tears, the bitter 1,200-mile forced journey from Georgia to Oklahoma in 1838-39 during which thousands died. He sets that march within a wider, quite detailed narrative of the Cherokee nation's struggle and resistance.” –Booklist

Historias y leyendas indígenas americanas by Catherine Chambers
Grades 4-8
OverDrive
“This Spanish-only series focuses on myths, legends, and folklore from five different cultures: Native American, African, Greek, Roman, and Egyptian. With a combination of attention-grabbing visuals and appropriately spaced captions, each book comprehensively explores all aspects of the culture's unique stories and their relationships with history, language, art, science, and the folklore of other civilizations… Any folklore collection will get a refresh thanks to this modern, up-to-date, and high-interest series.” –School Library Journal 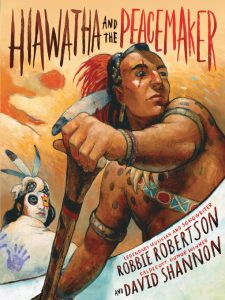 Hiawatha and the Peacemaker by Robbie Robertson & David Shannon
Grades 4 & Up
OverDrive; Hoopla; Library Catalog
“Robertson, widely known for his work in the legendary group The Band, crafts a legend-based tale about the unification of warring tribes into what would become known as the Six Nations Iroquois Confederacy. As a boy, Robertson, of Mohawk and Cayuga heritage, heard an elder tell this story, which may date from the 14th century. It places Hiawatha, a Mohawk, into fresh cultural context and corrects Longfellow…Hiawatha's first-person narration reveals his own transformation, from grief-stricken vengeance to self-forgiveness, from hatred to joy. Shannon adopts a palette of deep browns, red-golds, and blue-grays, with hints of green. Figures are broad-backed, solemn, and heroically posed…Expressive, handsome, and well-documented.” –Kirkus 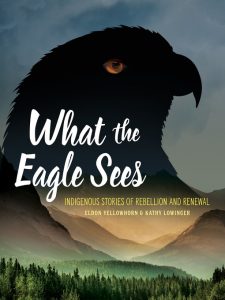 What the Eagle Sees: Indigenous Stories of Rebellion and Renewal by Eldon Yellowhorn
Grades 4 & Up
OverDrive; Library Catalog
“This eclectic work of nonfiction shares several stories about the struggles and survival of Indigenous people across North America, primarily focusing on Canada and the United States. The text is told from an Indigenous perspective and highlights several different Nations and time periods…Overall, the combination of modern and historical insight is extremely effective. A valuable resource for anyone seeking to learn more about Indigenous history and a vital purchase for all collections.” –School Library Journal 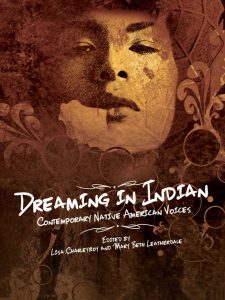