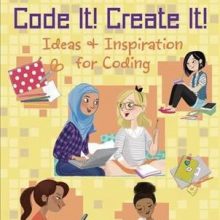 In this new monthly STEAM series, I will highlight some wonderful picture books that fall under a STEAM category: Science, Technology, Engineering, Art, and Mathematics. This edition for the month of December celebrates the Hour of Code program. In this post you’ll find technology books, including biographies of notable figures in the tech field, books about coding, video games and robotics. These picture books can be found in our print collection at The Trove and on OverDrive. Please be sure to check out our coding programs for December. At the end of the post, you'll also find some fun and educational STEAM websites for kids. 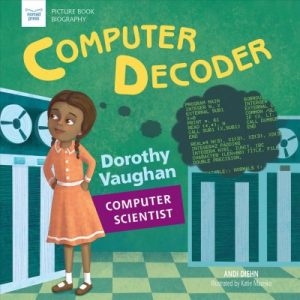 Computer Decoder: Dorothy Vaughan, Computer Scientist by Andi Diehn
In this biography, young patrons will learn about Dorothy Vaughan, who was a human computer in the 1940’s and 1950’s. Math made sense to Dorothy, so she became a math teacher but wanted to work for The Langley Memorial Aeronautical Laboratory. Dorothy also spoke up for equal rights for all people, because equal rights, like math, made sense to her. Dorothy then became an expert at writing computer code and worked at NASA. There is a fun activity at the end of the book on how to code a bracelet: use this activity in addition to our Grab & Go binary bead kit, available for pickup starting December 28th. 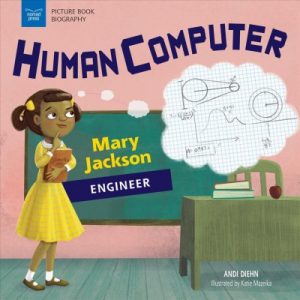 Human Computer: Mary Jackson, Engineer by Andi Diehn
Mary loved math and science. She also enjoyed learning about engineering and became a math teacher. Although she couldn’t eat with, or use the same bathroom as, her coworkers because of segregation laws, Mary was determined to become a human computer. Read to learn more about how Mary overcame the segregation laws and became NASA’s first African-American female engineer!

If You Love Video Games You Could Be… by Thea Feldman
Do you love video games as much as I do? As a child, and through my twenties, I spent most of my time reading books and playing video games like Zelda, Super Mario Brothers, Altered Beast and Kingdom Hearts. Video games are an amazing way to learn about strategy and if you study computer programming, you can become a videogame designer! 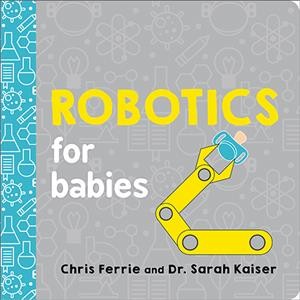 Robotics for Babies by Chris Ferrie and Dr. Sarah Kaiser
How can we make circles faster? What happens when you give a computer cameras and sensors? Let’s give our computer an arm and see what could happen. Learn about the basics of robotics in this fun board book that illustrates the abstract concept of robots. 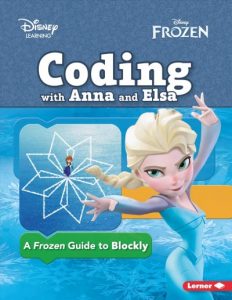 Coding with Anna and Elsa: A Frozen Guide to Blockly by Kiki Prottsman
Love Frozen and still have “Let it Go” playing in your head? Join Anna and Elsa as they introduce young readers to coding. Learn hands-on lessons from your favorite Frozen characters such Elsa, Anna, and Olaf. You can use a code to create cool ice drawings, learn about Blockly, and explore computer programming terminology such as sequencing, loops, and functions. 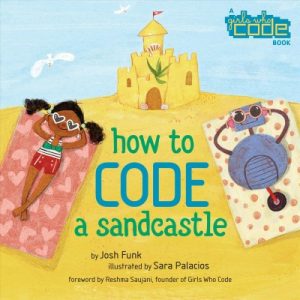 How to Code a Sandcastle by Josh Funk
Pearl has been trying to build a sandcastle all summer long but can’t seem to find the right way to build one. Every day she gets interrupted by dogs, flying saucers and even a shark attack! One day, Pearl brings Pascal, her trusty robot, to help out. Pearl is a smart young girl and understands that computers speak a special language. Watch as Pearl uses sequence and loops to write codes and watch her build a sandcastle! A delightful book. If you like How to Code a Sandcastle by Josh Funk try reading How to Code a Rollercoaster!

Check out Girls Who Code!

Girls Who Code: Learn to Code and Change the World by Reshma Saujani

The Friendship Code by Stacia Deutsch

Code It! Create It! by Sarah Hutt 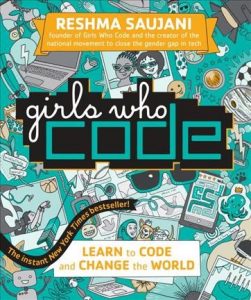 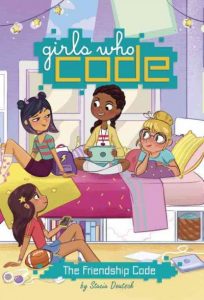 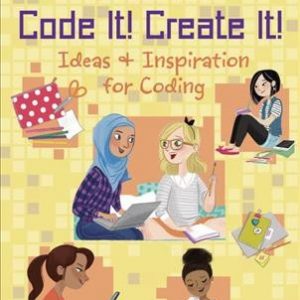 Coding for Kids: Create Your Own Animated Stories with Scratch by Coder Kids
“Don’t just buy a new video game, make one. Don’t just download the latest app, help design it. Don’t just lay on your phone, program it!” –Barack Obama
With this introduction, Coding For Kids is a series that illustrates the basics of computer programming. Illustrations and simple terminology explain the concept of blocks. Young scholars can then continue to different levels of activities that are provided in the book along with a few challenges at the end. 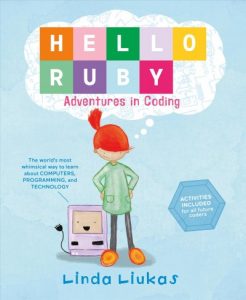 Hello Ruby by Linda Liukas
[Linda Liukas] wants kids to understand and embrace basic computer logic, so that they later formulate code in the same effortless and creative way they build structures with LEGO.” —The Wall Street Journal
“Hello Ruby by Linda Liukas is half picture book and half activity book rolled into one adorable package. What I love about it is that it introduces programming without requiring a computer at all.” —GeekMom.com

After-School Superstars: Lucy Lopez, Coding Star by Claudia Mills
Lucy Lopez is in third grade and with the help of her sister Elena, she decides to have a Let’s Have Fun Club, where they can design their own badges. Elena spends a lot of time coding. When Lucy decides to join the after school coding program, she is a natural. Elena wonders why Lucy has to be interested in the same subject as her big sister. Will the two girls be able to code together?