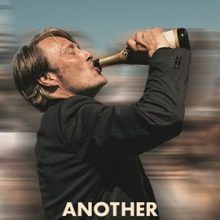 New Movies Streaming in May

Maybe you're already familiar with our streaming services Hoopla and Kanopy, but did you know that they add new content each month? Find a list below of some exciting new titles available on each platform this month. 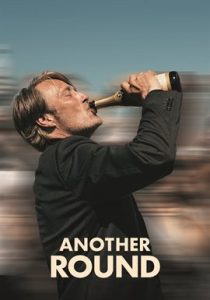 Another Round (2020 Danish drama/comedy)
Directed by Thomas Vinterberg. Starring Mads Mikkelsen, Thomas Bo Larsen, Magnus Milland. Nominated for an Academy Award for Best International Feature Film.
Four friends, all teachers at various stages of middle age, are stuck in a rut. Unable to share their passions either at school or at home, they embark on an audacious experiment from an obscure philosopher: to see if a constant level of alcohol in their blood will help them find greater freedom and happiness. 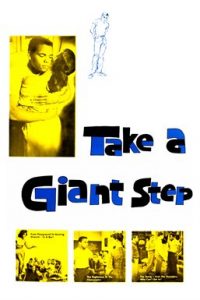 Take a Giant Step (1959 drama)
Directed by Philip Leacock. Starring Beah Richards, Ellen Holly, Estelle Hemsley, Fredeick O'Neal, Johnny Nash, Ruby Dee.
Spence (Nash) is an angry young man, but he's not quite sure what it is he's angry about. After all, he has led a comfortable, middle class life with his bank teller father (O'Neal), his loving mother (Richards) and their devoted maid (Dee) in a cozy — albeit white — neighborhood. But as he prepares to step into adulthood, the world he has known seems to be changing all around him and he's not sure why. Suddenly, the friends he's grown up with don't want him around so much, the girls want nothing to do with him, and the adults seem determined to teach the young man to “know his place.” But when a bigoted school teacher goes a bit too far, the self-respecting Spence finds himself forced to see the world as it really is. 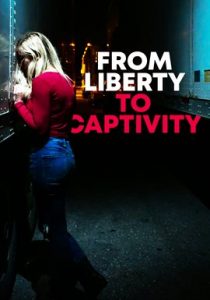 From Liberty to Captivity (2019 documentary)
Directed by Deborah Wright
From Liberty to Captivity examines how Pennsylvania went from representing the fight for freedom, to becoming a state where modern-day slavery is threatening “liberty and justice for all,” while presenting the very real hope for victory. This award-winning film zooms in on Pennsylvania's sex trafficking industry, revealing the reality and complexities of sex trafficking crimes and this social justice issue, sharing the personal and inspiring stories of victim survivors and others on the front lines of this war, and presenting the very real hope for victory. 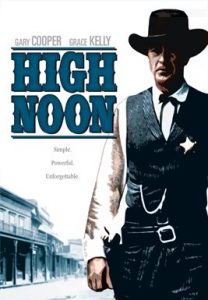 High Noon (1952 western)
Directed by Fred Zinnemann. Starring Gary Cooper, Lloyd Bridges, Grace Kelly, Thomas Mitchell, Lon Chaney.
Gary Cooper won the Oscar® for the Best Actor in this classic tale of a lawman who stands alone to defend a town of cowardly citizens against a gang of revenge-seeking criminals. 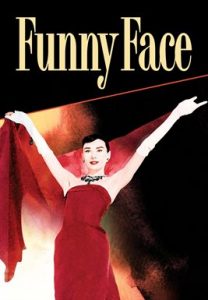 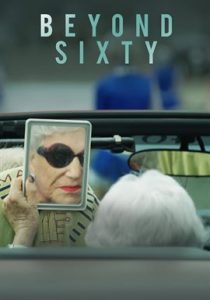 Beyond Sixty (2018 documentary)
Directed by Melissa Davey.
The myth that older women are invisible is shattered in this inspirational look at remarkable women thriving, leading lives rich in experiences and accomplishments that defy perceptions and reveal what is possible beyond sixty. 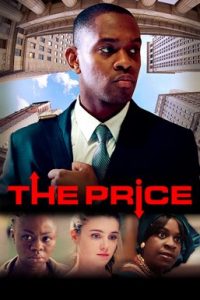 The Price (2017 drama)
Directed by Anthony Onah. Starring Aml Ameen, Hope Olaide Wilson, Lucy Griffiths, Michael Hyatt.
Seyi, a bright young Nigerian-American working on Wall Street, must navigate complicated family expectations, a turbulent romantic relationship, and a system of cultural complexities caused by class and race. With a dying father, a burgeoning romance with a white girlfriend, and dangerous new business opportunities, Seyi's life is in a delicate balance. When his ambition drives Seyi to morally dubious waters, secrets threaten to erupt and shatter his world. Seyi must confront himself and decisions he has made, facing the crimes of the past in a desperate attempt to salvage the present. 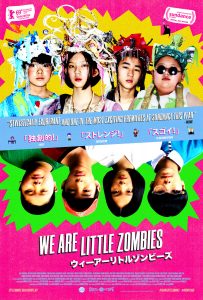 We Are Little Zombies (2019 Japanese drama)
Directed by Makoto Nagahisa. Starring Keita Ninomiya, Mondo Okumura, Satoshi Mizuno, Sena Nakajima.
When four young orphans—Hikari, Ikuko, Ishi, and Takemura—first meet, their parents’ bodies are being turned into dust, and yet none of them can shed a tear. They are like zombies; devoid of all emotion. With no family, no future, no dreams, and no way to move forward, the young teens decide that the first level of this new existence involves salvaging a gaming console, an old electric bass, and a charred wok from their former homes—just enough to start a band—and then conquer the world. Tragedy, comedy, music, social criticism, and teenage angst are all subsumed in this eccentric cinematic tsunami. 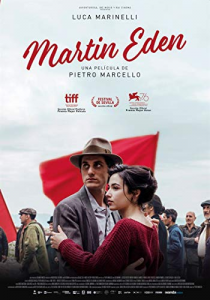 Martin Eden (2020 Italian drama)
Directed by Pietro Marcello. Starring Carlo Cecchi, Denise Sardisco, Jessica Cressy, Luca Marinelli, Marco Leonardi, Vincenzo Nemolato.
Adapted from a 1909 novel by Jack London yet set in a provocatively unspecified moment in Italy's history, Martin Eden is a passionate and enthralling narrative fresco in the tradition of the great Italian classics. Martin (played by the marvelously committed Luca Marinelli) is a self-taught proletarian with artistic aspirations who hopes that his dreams of becoming a writer will help him rise above his station and marry a wealthy young university student (Jessica Cressy). The dissatisfactions of working-class toil and bourgeois success lead to political awakening and destructive anxiety in this enveloping bildungsroman. 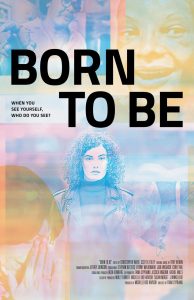 Born to Be (2020 documentary)
Directed by Tania Cypriano.
Born to Be follows the work of Dr. Jess Ting (he/him) at the groundbreaking Mount Sinai Center for Transgender Medicine and Surgery. There, for the first time ever in New York City, transgender and gender non-binary people have access to quality gender-affirming care. With extraordinary access, this remarkable documentary offers an intimate look at how one doctor's work impacts the lives of his patients as well as how his journey from renowned plastic surgeon to pioneering gender-affirming specialist has led to his own transformation. 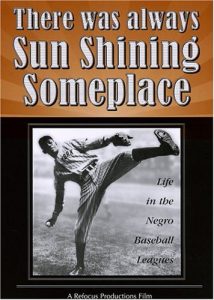 There Was Always Sun Shining Someplace (1981 documentary)
Directed by Craig Davidson.
Narrated by James Earl Jones, this hour-long documentary chronicles the rich history of Black baseball and examines the re-integration of the game. The film features interviews with baseball Hall of Famers Satchel Paige, James ‘Cool Papa' Bell, Buck Leonard, Judy Johnson, Monte Irvin and Ray Dandridge. A classic film of its subject, the film chronicles the rich history of the Negro Baseball Leagues that flourished before Jackie Robinson integrated the major leagues in 1947. The exploits of these talented athletes and the times when baseball was a segregated sport are vividly brought to life. There Was Always A Sun Shining Someplace contains rare historical footage showing the ballplayers as they traveled the backroads of America, the Caribbean, Mexico and Latin America. 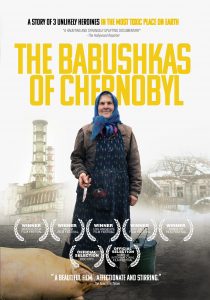 The Babushkas of Chernobyl (2017 documentary)
Directed by Holly Morris.
In the radioactive Dead Zone surrounding Chernobyl's Reactor No. 4, a defiant community of women scratches out an existence on some of the most toxic land on Earth. 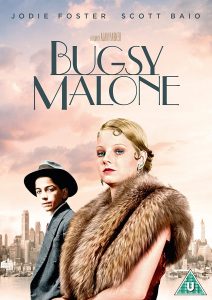 Bugsy Malone (1976 musical comedy)
Directed by Alan Parker. Starring Jodie Foster, Scott Baio, Florence Garland.
A pint-sized cast with giant talents illuminates this musical that is unlike any other ever made. Set in 1929 New York City, Bugsy Malone captures a flashy world of would-be hoodlums, showgirls, and dreamers – all played by child actors! As Tallulah, the sassy girlfriend of the owner of Fat Sam's Grand Slam Speakeasy, future superstar Jodie Foster dances and sings her way into our hearts. Award-winning pop composer Paul Williams wrote the words and music for this thoroughly delightful movie. 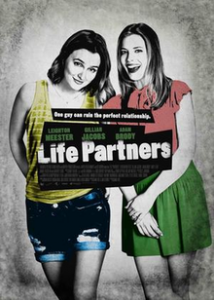 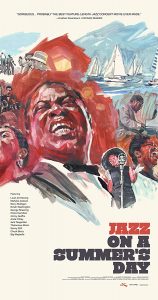 Jazz on a Summer's Day (1959 documentary)
Directed by Bert Stern.
Filmed at the 1958 Newport Jazz Festival in Rhode Island and directed by world-renowned photographer Bert Stern, Jazz on a Summer's Day features intimate performances by an all-star line-up of musical legends including Louis Armstrong, Thelonious Monk, Gerry Mulligan, Anita O'Day, Chuck Berry, Dinah Washington, and closes with a beautiful rendition of The Lord's Prayer by Mahalia Jackson at midnight to usher in Sunday morning. 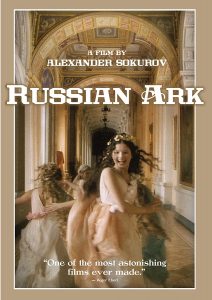 Russian Ark (2002 Russian drama)
Directed by Aleksandr Sokurov. Starring Dreyden Sergey, Leonid Mozgovoy, Mariya Kuznetsova.
Russian filmmaker Alexander Sokurov (The Sun) broke boundaries with his dreamlike vision of the Hermitage in St. Petersburg. It's the first feature-length narrative film shot in a single take (on digital video, using a specially designed disc instead of tape). Russian Ark is shot from the point-of-view of an unseen narrator, as he explores the museum and travels through Russian history. The audience sees through his eyes as he witnesses Peter the Great (Maksim Sergeyev) abusing one of his generals; Catherine the Great (Maria Kuznetsova) desperately searching for a bathroom; and, in the grand finale, the sumptuous Great Royal Ball of 1913. The film was obviously shot in one day, but the cast and crew rehearsed for months to time their movements precisely with the flow of the camera while capturing the complex narrative, with elaborate costumes from different periods, and several trips out to the exterior of the museum. Tilman Buttner, the director of photography, was responsible for capturing it all in one single Steadicam shot. 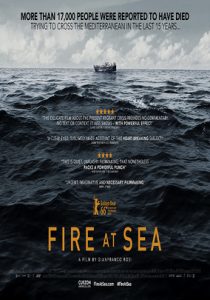 Fire at Sea (2016 Italian documentary)
Directed by Gianfranco Rosi.
Samuele is twelve and lives on an island in the Mediterranean, far away from the mainland. Like many boys of his age he does not always enjoy going to school. He would much rather climb the rocks by the shore, play with his slingshot or mooch about the port. But his home is not like other islands. For years, it has been the destination of men, women, and children trying to make the crossing from Africa in boats that are far too small and decrepit. The island is Lampedusa, which has become a metaphor for the flight of refugees to Europe, the hopes, hardship and fate of hundreds of thousands of emigrants. These people long for peace, freedom and happiness and yet so often only their dead bodies are pulled out of the water. Thus, every day the inhabitants of Lampedusa are bearing witness to the greatest humanitarian tragedy of our times.