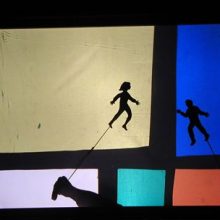 Firelight Shadow Theater presents two pre-recorded performances available for viewing from July 11 – July 30. Me and My Shadow is for PreK and family audiences, while Spin Me a Shadow, Tell Me a Tale is for Grades K-5 audiences. Then, on August 11, kids in Grades 2-5 are invited to take part in a shadow puppetry workshop. As Daniel Barash of Firelight Shadow Theater says, “See you in the land of shadows!” 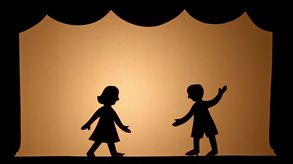 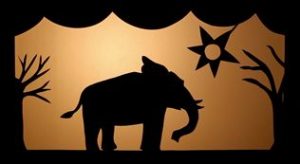 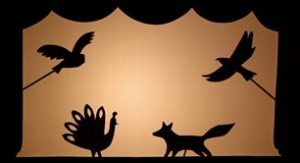 Spin a Shadow, Perform a Fable Shadow Puppetry Workshop
Grades 2-5, Registration required.
Space is limited.
Wednesday, August 11, 2:00 p.m.
Discover the magical world of shadow puppetry with Daniel Barash of Firelight Shadow Theater. Daniel will first introduce participants to the art of shadow puppetry and then help them create puppets to adapt versions of Aesop's Fables to the shadow screen. Participants will receive a shadow puppet stage and puppet-making materials, as well as fable scripts and character templates.

Registration is required. Materials will be provided in a Grab&Go Kit to registered participants. An email address must be provided to receive the materials Kit and Zoom link to part in the workshop. Note: Youth-focused virtual programs require a registered Zoom account. Creating an account is free and easy at http://zoom.us/signup. 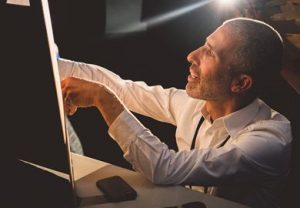 About Firelight Shadow Theater
The mission of Firelight Shadow Theater is simple: provide the tools to bring the magical world of shadow theater to children so they can find their voice and begin to tell their own stories. Daniel Barash, based in Berkeley, CA, has presented hundreds of shadow puppetry assembly programs across the United States through his arts-in-education organization, Firelight Shadow Theater, formally named The Shadow Puppet Workshop. His performances are engaging, participatory, and fun! Daniel is one of 43 Kennedy Center National Workshop Leaders, and travels around the country sharing his love of shadow puppetry with both educators and students.