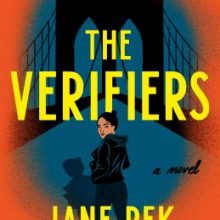 Here are the books published this month that librarians across the country love. 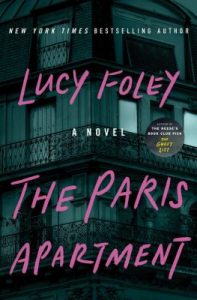 The Paris Apartment by Lucy Foley
Library Collection: Print
“Foley hits it out of the ballpark with this solid thriller set in a Paris apartment building. Jess goes looking for her brother, but finds only the smell of bleach and a broken St. Christopher medal lodged in the floorboards. Written in short chapters with multiple points of view and delicious secrets dropped along the way, this gripping, wild ride is impossible to put down. If you like Liane Moriarty or Ruth Ware, pick this one up.—Douglas Beatty, Baltimore County Public Library, Baltimore, MD 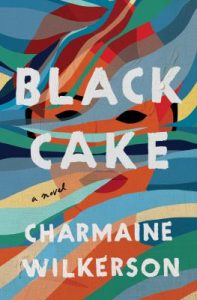 Black Cake by Charmaine Wilkerson
Library Collection: Print
“In this extraordinary debut, two estranged siblings must reunite on the occasion of their mother’s death, opening old wounds and exposing long held secrets. The novel is a rich, woven tapestry of cultures, characters, traditions, and social issues, with several ‘wow' moments along the way. For fans of The Vanishing Half and Ask Again, Yes.”—Ronni Krasnow, New York Public Library, New York, NY 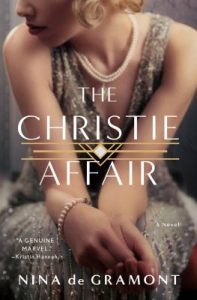 The Christie Affair by Nina de Gramont
Library Collection: Print
“An intriguing take on Agatha Christie’s famous 11-day disappearance. In a Christieesque subplot, Nan manipulates Agatha’s husband to leave her so that Nan can step in, but her plans go further. Interspersed in the story is Nan’s retelling of her own tragic background, and as it unfolds, her true objective comes to light. For fans of The Mystery of Mrs. Christie and The Guest Book.”—Maribeth Fisher, Scotch Plains Public Library, Scotch Plains, NJ 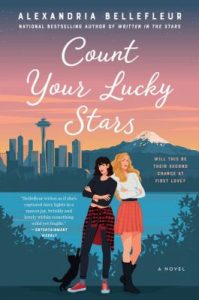 Count Your Lucky Stars by Alexandria Bellefleur
Library Collection: Print
“Two women get a second chance at romance. Margot and Liv shared a bond and one steamy week back in high school, and ten years later they become roommates by chance. This time, they're not letting one another go again. For fans of Honey Girl and Boyfriend Material.”—Danielle Hansard, Westland Public Library, Westland, MI 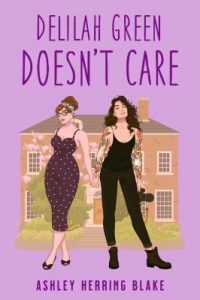 Delilah Green Doesn't Care by Ashley Herring Blake
Library Collection: Print
“As a teen, Delilah felt ostracized after her father died. When she reluctantly returns to her hometown for her stepsister’s wedding, she meets Claire, one of a group of girls who Mean Girled her in high school. An absolute delight of a queer romance, women’s fiction with insta-attraction, forced proximity, family drama, and cute kid moments. For fans of Something to Talk About and Red, White, & Royal Blue.”—Laura Eckert, Clermont County Public Library, Milford, OH 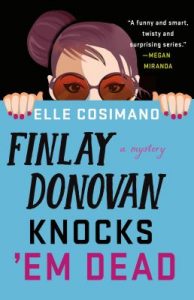 Finlay Donovan Knocks ‘Em Dead by Elle Cosimano
Library Collection: Print
“The second Finlay Donovan installment is just as funny, charming, and over-the-top as the first. Finlay is still a lovable hot mess and her love life hasn't gotten easier. While it's definitely a mystery with some dead bodies, the humor and giant heart of this series prevail. For fans of Janet Evanovich and Sarah Strohmeyer.”—Rebecca Swanson, Fitchburg Public Library, Fitchburg, WI 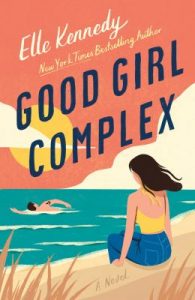 Good Girl Complex by Elle Kennedy
Library Collection: Print
“Mackenzie decamps to a coastal college to fulfill a promise to attend school, even though she’s a successful business owner. Little does she know her boyfriend has already ruffled feathers in town, and local bad boy Cooper plans to break Mac's heart in revenge. A perfect balance between steamy and adorable; give this new adult romance to readers of Anna Todd.”—Serita Patel, MCMLS-South Regional Library, The Woodlands, TX 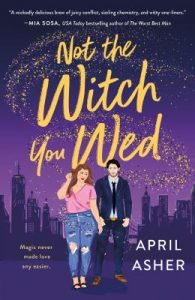 Not the Witch You Wed by April Asher
Library Collection: Print
“Violet is perfectly happy being the triplet without magical powers. However, since reconnecting with high school heartbreaker and wolf shifter Lincoln Thorne, she suddenly has magic and is afraid she’ll be forced into an arranged marriage. What’s a witch to do but to fake-date a werewolf? A fun and light read for fans of The Ex Hex.”—Alicia Ahlvers, Henrico County Public Library, Henrico, VA 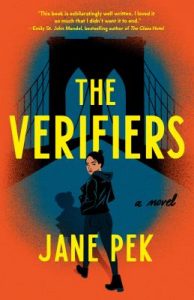 The Verifiers by Jane Pek
Library Collection: Print
“Claudia Lin, a lifelong reader of mystery novels, may be getting in over her head when she decides to investigate a mysterious death connected to the online dating detective agency where she works. Well-developed characters and an engaging locked room plot make this a great pick for those who loved Arsenic and Adobo and Dial A For Aunties.”—Mara Bandy Fass, Champaign Public Library, Champaign, IL 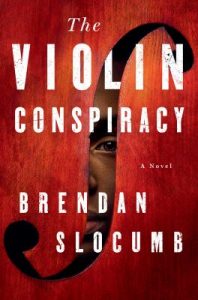 The Violin Conspiracy by Brendan Slocumb
Library Collection: Print
The one bright spot in Ray’s rough life is his love of playing the violin that once belonged to his great-ancestor, a slave. The instrument turns out to be a Stradivarius, creating all sorts of problems. This firstrate story offers a probing look at the experience of being a Black musician in the classical music world. Great for book clubs that enjoyed Harlem Shuffle and The Queen’s Gambit.”—Joan Hipp, Florham Park Public Library, Florham Park, NJ 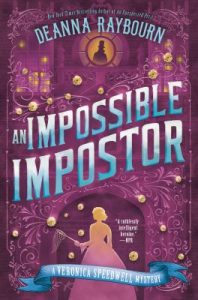 An Impossible Impostor by Deanna Raybourn
Library Collection: Print
“In this 7th Victorian mystery, Veronica and Stoker investigate whether a missing-and-presumed-dead heir who has reappeared is the right person. Veronica does recognize him, but revealing his true identity could expose her own secrets. Amongst the heists and chases, this one deals with trust and how to move forward. For fans of Sherry Thomas and Anna Lee Huber.”—Lorena Neal, Evanston Public Library, Evanston, IL