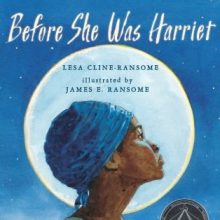 Sculptor Wesley Woffard’s 9-foot monument honoring Harriet Tubman (entitled “The Journey to Freedom”) will be coming to White Plains on April 2nd! The sculpture will be on display at the Renaissance Plaza until June 30th, and the City and the White Plains Public Library will be honoring Harriet Tubman with a wide variety of programs throughout its stay. A full listing of the Library’s events can be found here.

To celebrate, from April 1st-30th the Library will have on display the first of three StoryWalks – take a walk in the Garden Plaza, follow the panels and read the Coretta Scott King award-winning book, Before She was Harriet, by Lesa Cline-Ransome and iIllustrated by James E. Ransome.

Before She was Harriet is a beautiful picture book that uses well-crafted watercolor sketches and a powerful poem to depict the life of Harriet Tubman. Harriet Tubman helped slaves escape to freedom, using the underground railroad, and she made many other remarkable achievements at a time when women of color didn’t have any rights.

She helped her parents reach freedom in Canada, was a nurse during the civil war, was a union spy, and she was a suffragist. Harriet knew how to read the stars and used roots and herbs for their medicinal properties to heal others.

Storywalk activity Grab & Go kits (preschool to 3rd grade) will include a lantern craft for families to pick up and take home while supplies last. The lantern symbolizes the light that guided slaves to freedom. The Grab & Go kits will be in the lobby on the first floor of the Library, starting April 1st.

Please check out these resources for further information on Harriet Tubman:

The Underground Railroad for Kids: From Slavery to Freedom with 21 Activities by Mary Kay Carson
Library Catalog / hoopla 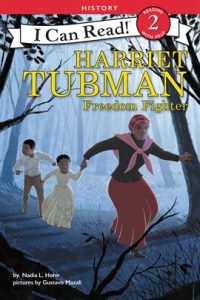 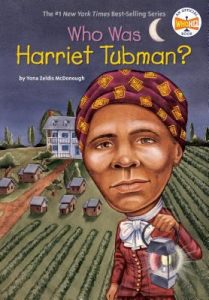 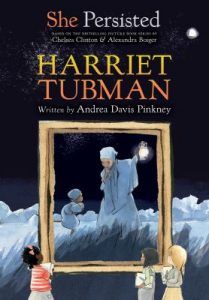 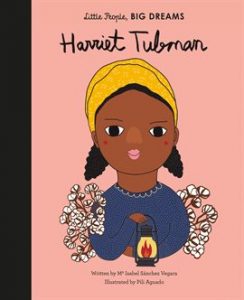