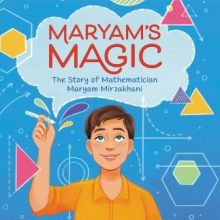 For Women’s History Month, I will highlight some wonderful books that fall under a STEAM category: Science, Technology, Engineering, Art, and Mathematics. In celebrating Women’s History Month we will review a mixture of books, including biographies of an aviator, a mathematician and a Cherokee aerospace engineer. These books can be found in our print collection at The Trove and on Libby. At the end of the post, you'll also find some fun and educational websites for kids. 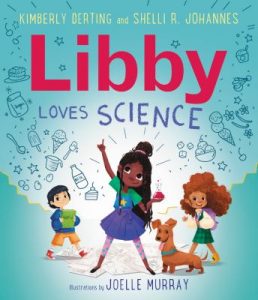 Libby is a precocious child who loves science, and mixing and measuring ingredients to create scrumptious cupcakes. However, this recipe might be a disaster since the cupcakes are flat… can Libby’s curious mind solve the problem before the big party? The book explains the science of mixing colors and baking units. A wonderful book for children who are interested in chemistry and baking. 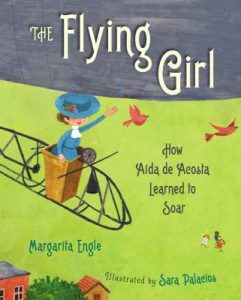 Aida knew what she wanted to do when she was a little girl. Aida wanted to soar and fly! One day Alberto, the inventor of the airship, mentored Aida in her first lesson in flying. Even though some people didn’t think women should fly, Aida followed her intuition and courage to live out her dreams. The illustrations convey the feeling of flying through the air and Aida’s story is wonderful for anyone who wants to dream big: a gem of a book. 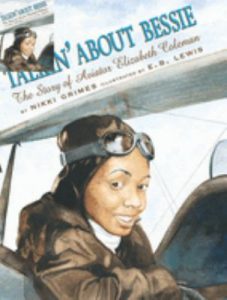 Since Bessie was a little girl she was smart and dreamed of doing something bold with her life. Despite the limited opportunities of her time, Bessie studied hard and kept her spirits high. She became the first licensed African-American woman pilot. A wonderful book about following your dreams against great odds. 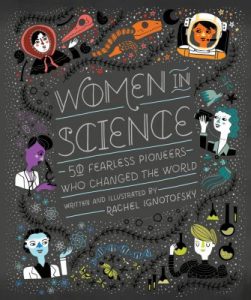 This wonderful collection covers fifty women in the field of science. Learn about Alice Ball, an African American woman who created a cure for leprosy using chemistry. Read about Vera Rubin, who discovered proof that dark matter exists. Did you know that Patricia Bath focused on making life-changing eye care affordable for all? The book also explores lab tools with beautiful illustrations and definitions. 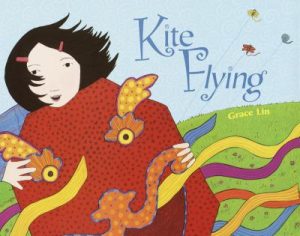 The wind is blowing… let’s gather some supplies and make a kite! We will take sticks to connect them and glue the paper; next we create a creature for our kite and add dragon eyes. When we look up we see that our dragon has taken to the sky. A beautiful book about a family working together to make a kite on a windy day. 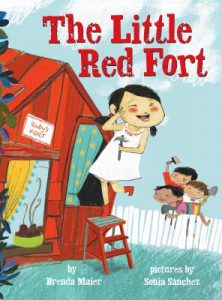 Ruby has an overactive mind and one day decides to build something. When her brothers taunted her, Ruby decided to build her fort on her own. Ruby draws out the plans, gathers the supplies, cuts the boards, and hammers the nails. When she asks her brothers if they want to play, they are eager, but Ruby reminds them that they didn’t help. Ruby’s brothers realize that they need to help Ruby to play in the fort. A wonderful book about the power of believing in yourself and following your dreams. 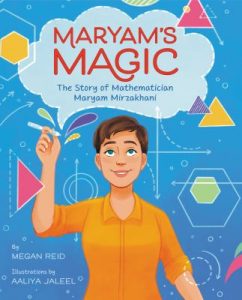 Maryam Mirzakhani loved stories. As a kid she read fantasy, adventurous tales about wizards who knew how to help out the heroes. Maryam spent hours in bookstores and drew designs at home. Maryam didn’t like math, until she realized that the mathematics of geometry were magical shapes. She began to make fantasies out of these geometric shapes: what kind of patterns would it take to draw them? Maryam and her friend Roya entered a Mathematical Olympiad, a competition for mathematicians, and were the first girls to make the Iranian team. In 2014, Maryam earned the Fields medal, awarded by the International Mathematician Union. Maryam was the first woman and the first Iranian to win this prize. A delightful book of one of my personal heroines.

Maker Comics is a great series for kids who are interested in crafts, sewing, gardening and other STEAM activities. In this installment, learn how to make fun costumes on a budget. Bea and Parker are excited about attending Comic Con, but they are not sure if they can afford a costume. Bea and Parker get some wonderful tips from Costume Critter to create fun outfits for Comic Con. 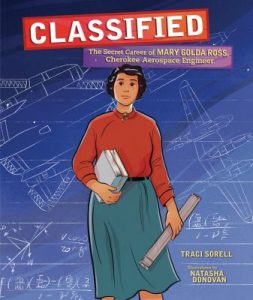 If you enjoyed Hidden Figures and want to learn more about brave women who worked behind the scenes in the field of math and science, you’ll love Classified. After WWII Mary was chosen to be one of forty engineers in a secretive team. Mary worked on projects that seemed impossible, designing aircraft and spacecraft as an engineer. She also used the values and knowledge of the Cherokee tradition to instruct young girls who were interested in STEAM. 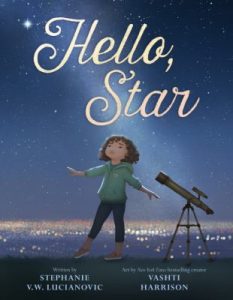 A young girl becomes curious about a bright light in the sky. She learns that it is a supernova and will fade away soon. Every night the little girl talks to the star to keep it company, knowing that the star is in its final days. The girl learns all about stars and becomes aware that her star was a blue supergiant, the biggest star of all. When the girl gets older she is finally able to visit her star. A beautiful and touching book about life and death, the power of dreams, space exploration and stars.