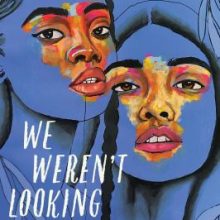 From great new books to favorite classic reads, the Edge is here to share the exciting world of young adult literature. It is with great pleasure that I get to shed light on some of the latest titles in the Edge. Come discover some of the latest and greatest YA fiction titles coming to our shelves this month.–Alain Laforest 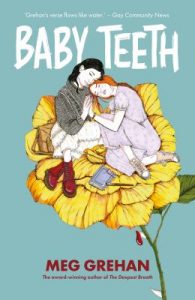 Baby Teeth by Meg Grehan
Grades 10 and up
Library Catalog
“Immy has been in love before, but her relationships always end—because she's a vampire. She's had many lovers, and she remembers them all. Sometimes these memories are a curse: every day is filled with nostalgia, memories of those who have died, and reminders of who she used to be. She’s never certain if she’s good or bad. When she meets Claudia, who works in a flower shop, she falls in love again, but in a way she doesn’t remember feeling before.”–Booklist 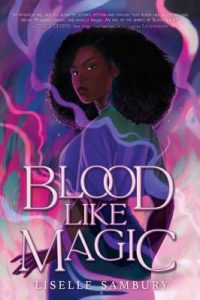 Blood Like Magic by by Liselle Sambury
Grades 10 and up
Library Catalog
“Voya Thomas is a sixteen-year-old Black Canadian girl living in 2049, descended from a long line of powerful witches. In order to inherit her magic, she must pass the Calling, a trial given by a revered ancestor that requires her to make a difficult choice. Voya's Calling task is harder, and involves greater risk, than anyone in her family has ever known. She must destroy her first love — which means finding one first. If she refuses to accept the task, she and her descendants will lose their chance at magic. But if she accepts it and fails the trial, she risks the magic powers of all her family members, present and future, which also means risking the life of a beloved relative.”–Horn Book 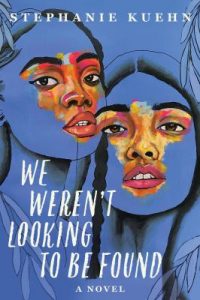 We Weren’t Looking to Be Found by Stephanie Kuehn
Grades 10 and up
Library Catalog / Libby
“Using insightful prose, Kuehn’s (When I Am Through with You) haunting novel follows two teens struggling to connect while recovering from individual mental health challenges. Mexican and Colombian Camila Ortiz and Black Danielle Washington are roommates at rural Georgia’s Peach Tree Hills, a mental health treatment facility for adolescent girls.”–Publisher’s Weekly 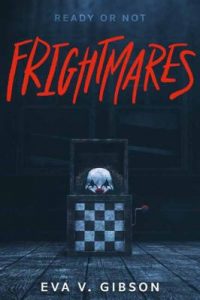 Frightmares by Eva V Gibson
Grades 7 and up
Library Catalog
“Monster makeup and buckets of fake blood complicate an amateur murder investigation in Gibson's (Where Secrets Lie, 2021) whodunit set in a haunted-house attraction. Dave is part of the jaded but close-knit cast of Frightmares, an ‘off-off-Disney' haunted attraction in central Florida. The job is unremarkable until, one night, the sarcophagus opens during a performance and—instead of an animatronic mummy—the dead body of a castmate falls out. The body disappears before the night is over, and the supposed-dead girl is still texting her friends.”–Booklist 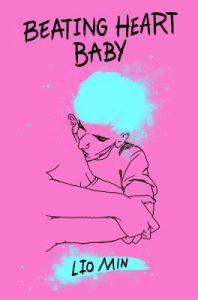 Beating Heart Baby by Lio Min
Grades 10 and up
Library Catalog
“Music is at the heart of this love letter to Los Angeles, anime, and art…Santi and Suwa are full-fledged characters whose posturing, developed as defenses against homophobia, racism, and transphobia, is grounded by their chosen family. Like a vinyl record, the story is divided into an A-side, narrated by Santi, and a B-side, narrated by Suwa, offering singular points of view through their tempestuous relationship and fledgling artistic careers.”–Kirkus 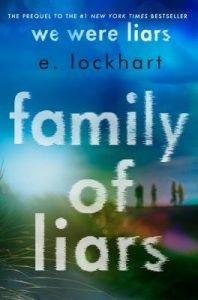 Family of Liars by E. Lockhart (prequel to We Were Liars)
Grades 7 and up
Library Catalog / Libby
“In a highly anticipated prequel, Lockhart revisits the Sinclair family one generation before We Were Liars (2014). Caroline Lennox Taft Sinclair, oldest daughter of Harris and Tipper, reluctantly tells the story of her seventeenth summer at the urging of her son, Johnny, who wants to know the absolute worst thing she ever did. Carrie spends the summer of 1987 in a haze of painkillers and sleeping pills after an excruciating jaw surgery. It’s the year she sees her first ghost, and in the summer three intriguing boys join the family on their private island.”–Booklist 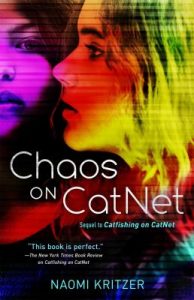 Chaos on Catnet by Naomi Kritzer (sequel to Catfishing on Catnet)
Grades 7 and up
Library Catalog
“A fellow student recruits Steph and Nell into an app-based game that assigns personalized tasks; Nell recognizes its interface as being similar to one used by her religious sect. While attempting to rescue Nell's girlfriend, who has gone missing, Nell and Steph piece together a plot concerning someone who is manipulating social media apps and games in order to incite real-life violence.”–Kirkus