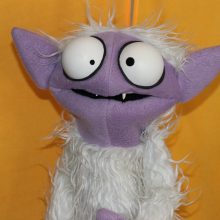 Jump Into Halloween! with Jumpin’ Jamie

Saturday, 10/29: 2:00 p.m.
Children, Families.
Library Auditorium.
Kindie rock musician Jumpin' Jamie returns with his puppet friends to celebrate “Spooky Season” with a high-energy show filled with music and magic including the hit song “Ghost In My House” which has been ranked by Yahoo, Time Out NY, and Good Housekeeping as a “Top Halloween Song”. 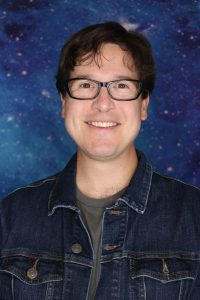 Jumpin' Jamie has performed thousands of shows for audiences as varied as birthday parties for 12 people to stadiums for 12,000. Jumpin' Jamie's debut album “Kookie” was released in 2018 and features appearances from members of They Might Be Giants, the late Peter Tork, and over 40 other guests. It features the song “Ghost In My House” which has been ranked by Yahoo, TimeOut NY, Good Housekeeping, and several other outlets as a “top Halloween song”. 2020's follow up “Never Mind the Blocks, Here's Jumpin' Jamie” features the single “I Don't Wanna Dance (Just Like Everyone)” which has become a family dance party hit thanks to its inclusion on several official Spotify playlists. Jamie was recently spotted on Season 51 of Sesame Street on HBO and PBS and will be releasing the next album “Mosaic” this August

This program is made possible with support from the White Plains Library Foundation.