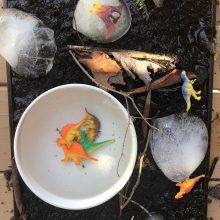 Dinosaurs roamed the earth sixty five-million years ago and children are fascinated by these ancient creatures. Whether it’s because of their size, movie lore, history or extinction, dinosaurs have always been popular among children. To celebrate International Dinosaur Day (June 1st), I'll guide you through our latest STEAM at Home experiment.

One of my favorite STEAM activities is the Frozen Dino Egg experiment. For this experiment, you need a few items:

First, try to stretch the top part of the balloon and place a miniature dinosaur in it. Next place the balloon right at the mouth of the faucet and let the balloon fill up with cold water. If you don’t have balloons, you can freeze the dinosaurs in a bowl or ice cube tray instead. For a fun variety, try different sizes with the dinosaurs, balloons, and bowls. 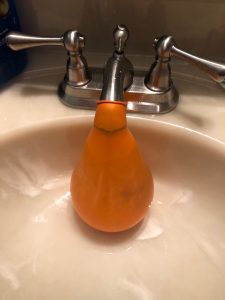 Place your frozen dinosaur eggs in the freezer for at least 24 hours. When they are completely frozen, take them out and cut the top of the balloon. Peel off the remaining balloon like you would an orange. To further enhance this STEAM activity, use a spoon or a dropper to explore different ways of melting the Dino Egg. Here are some suggestions: 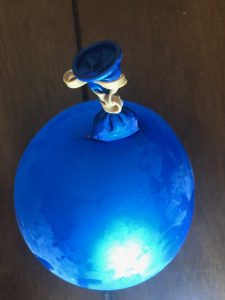 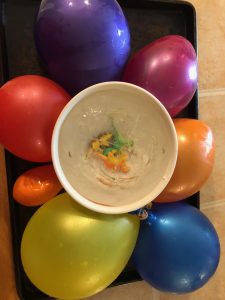 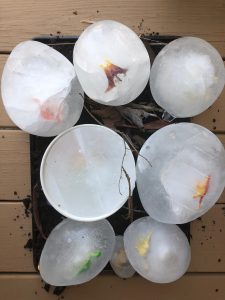 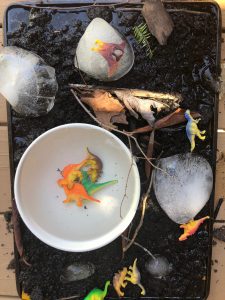 Some questions to think about:

Hoopla Resources:
Dinosaur Yoga by Mariam Gates and Mathew Rivera
We Don’t Eat Our Classmates by Ryan T. Higgins
That’s What Dinosaurs Do by Jory John and Pete Oswald
Counting Dinos by Eric Pinder and Junissa Bianda
Dinosaurs Hatched by Ruth Owen
You Can Draw It! Dinosaurs by Maggie Rosier
Dinosaur Colors by Avia Saviola