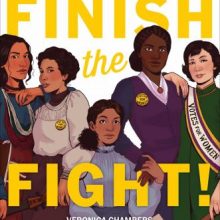 On August 26th, 1920, U.S. Secretary of State Bainbridge Colby certified the 19th Amendment and that date became known as “Women’s Equality Day.” The National Constitution Center’s article, Why is August 26 Known As Women's Equality Day? writes, “In 1971, Representative Bella Abzug championed a bill in the U.S. Congress to designate August 26 as ‘Women’s Equality Day.’ The bill says that ‘the President is authorized and requested to issue a proclamation annually in commemoration of that day in 1920, on which the women of America were first given the right to vote.’” Unfortunately, women’s equality and voting rights are
Read More