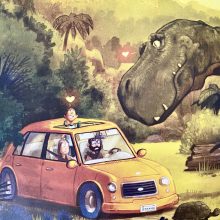 I’ve mentioned my enjoyment of the works of Dan Santat on several previous occasions. So here are four more works either illustrated by or written and illustrated by Dan Santat. These books were all huge hits with my six-year-old daughter, especially Little Fox and the Wild Imagination (which became a great read together as she read Little Fox’s parts and I read Poppa Fox) and Kel Gilligan’s Daredevil Stunt Show, which puts such a humorous spin on what can be momentous events for a child, if they may seem mundane to an adult. And, that perhaps, is what makes these four books, and many of Santat’s works, so great: they are filled with his trademark detailed and humorous illustrations and while telling hilarious stories. Three of the books here (the two above and Are We There Yet?) are also very relatable for kids and adults alike as they are very much about real-life situations and feelings.

Little Fox and the Wild Imagination by Jorma Taccone, illustrated by Dan Santat
hoopla / Library Catalog
A young fox is picked up from school by his dad, having had a less-than-great day. His dad embarks on an imaginative adventure to cheer him up, which ends up going a bit overboard. 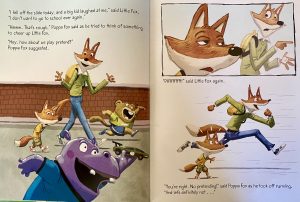 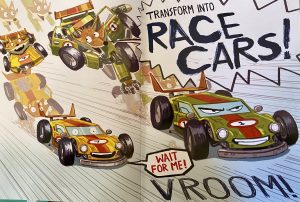 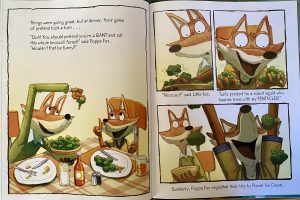 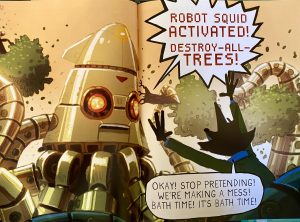 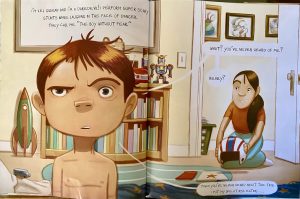 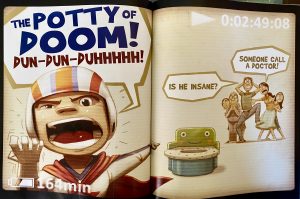 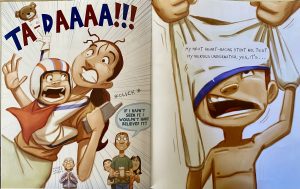 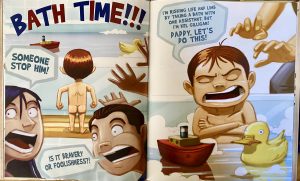 Are We There Yet? by Dan Santat
hoopla / Library Catalog
That perennial car trip question, “Are we there yet?” kicks off an imaginative and raucous adventure through time as a family heads to their grandparents house. The way Santat makes use of the pages and reading direction to travel through time is amazing and he vividly portrays a child’s daydreaming imagination. 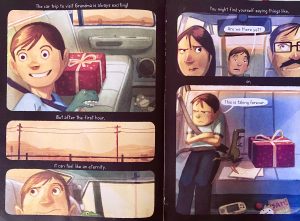 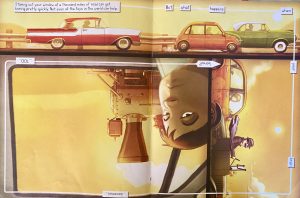 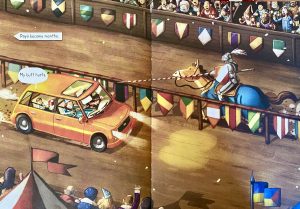 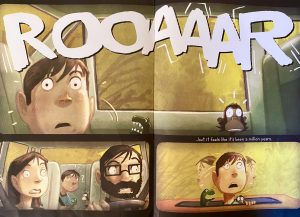 Carnivores by Aaron Reynolds, illustrated by Dan Santat
Libby / hoopla / Library Catalog
When they decide to stop being scary carnivores to get other animals to like and accept them more, Shark, Lion and Wolf form a support group. Alas, their attempts fail, and the wise owl recommends that they just accept themselves for who they are. Silly, funny and over the top. 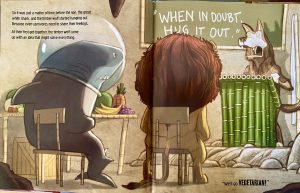 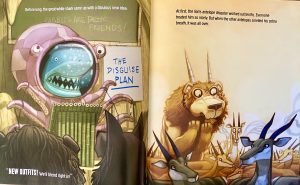 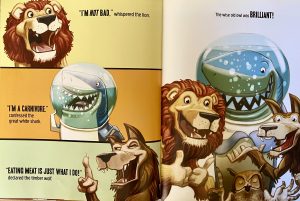