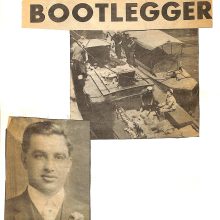 The White Plains Collection is home to one of the few remaining card catalogs that is made up of actual cards. Yes, the very same typewritten index cards so many people ask about when they enter the library. Librarians at White Plains Public Library started maintaining a card index for materials of local interest as early as 1926. In addition to organizing newspaper articles by subject, they also created an index for nearly one hundred biography scrapbooks. I've never come across material explaining whose idea the scrapbooks were, nor who is responsible for all the cutting-and-pasting required to construct them. We can be grateful to whoever did this work, for it left us an easily searched body of biographical information.

While the biography scrapbooks represent a wide array of people, they reflect some of their creators' biases and only include newspaper articles. As a result, they tend to include people who achieve some level of fame (local or otherwise), people who were “newsmakers,” or people whose lives it was considered “important” to record. This is why one is more likely to find information on someone of local notoriety who was involved with politics, public service, or some controversy rather than a person who lived a quieter, yet no less noble, life. That said, the biography scrapbooks are one of the only places one is likely to find detailed information on people who are not known outside of White Plains or Westchester.

Using the biography scrapbooks is simple. Think of a person, then figure out which letter their last name starts with. Head over to the cabinet with the long, narrow drawers and open the one corresponding to the person's last initial. In the drawer, you'll make your way through cards that look like this: 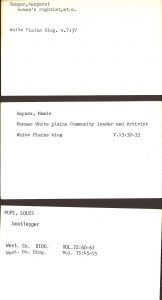 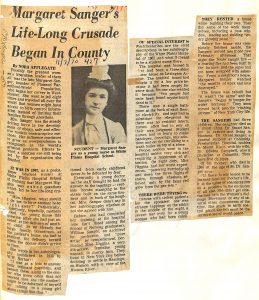 The first pull from our biography scrapbook is a page showing an article from 1970 about Margaret Sanger. Sanger studied nursing at the White Plains Hospital School of Nursing, where, in 1902, a patient asked her how she could prevent a future pregnancy. Answering the woman's question led Sanger on a lifelong quest to ensure access to reproductive healthcare for women around the world. She helped found Planned Parenthood. When she was in White Plains, the hospital was on Lexington Avenue in a building that no longer stands. 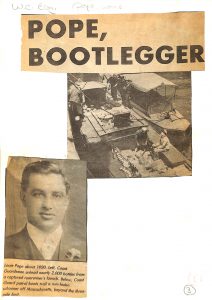 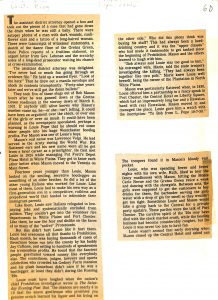 Louie Pope rates high on the list of White Plains' most infamous residents. Mostly known for his bootlegging during Prohibition, Pope was involved in other criminal activities during his life in Westchester (more on this in a future blog post). The biography scrapbooks have lots of clippings on Pope, reflecting his visibility in the community and the interest his story held years after his bootlegging days were over.

Mamie Haynes is a far more wholesome example of a White Plains resident. She embodies the tradition of civic engagement practiced by so many residents, past and present. A local business-owner, Haynes was also a Sunday School teacher, member of various citizens' committees, and social activist. Research Tip: Anachronisms abound in library cataloging, so when looking for listings of married women, don't forget to check under maiden names and married names. Mamie Haynes, for instance, had two cards–one labeled “Haynes, Mamie,” and another right behind it labeled “Haynes, Mrs. Reginald.”